It’s great to see some of your hometown friends doing great in other places. That could either be in terms of a good job, having a family, business, or what not. In this case, one of our friends has been making good music at the Bay Area, California.

Joemar Calixto is known in the underground scene here in CdeO as the frontman of Story of My Scab (boys and girls who go to underground gigs around mid 2000 would know this band) and had been active in the city’s skate scene back in the days.

Eventually migrating to the U.S., Joe’s been active in the area’s music scene. And his most recent band Ordinary Neighbors just released a music video:

The song got stuck in my head for a couple of days now, along with all the other songs in their EP. Yup, they have EP’s.

If you’re interested, you could check out more of their songs at http://yourordinaryneighbors.bandcamp.com/.

So I finally got the means and time to grab the keyboard and revamp my personal blog. This has been on queue long enough already that I nearly got to the point of leaving this on the side road. But some force lit a lamp and showed me the way. Anyway, it’s great to be writing again.

Two years have passed since I last published, and a lot of things had happened. For one, I got hooked up with the girl I’ve been waiting for more than 3 years (I’ll write this down on another post); I’m finally working at the comfort of my own home; a lot of gigs came and went; and a whole lot more. Time has both been rough and nice at the same time, and I have learned a great deal of lessons along the way. Finally, I now know the path I’m heading to, and I can’t wait to tread along that road.

This is the start of another chapter in my books, and I’ll gladly share it to the world. Maybe somebody might learn something from it, maybe somebody gets entertained by it. Whatever the repercussions, I’m hoping they all be positive.

Hello, and good day, everyone. 🙂

Flip through every page of the journal here as I keep an account of life. 😉 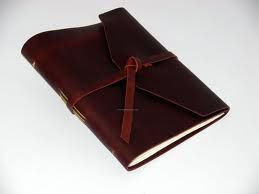 Hi, I’m Marion. I maintain and develop websites for a living. Outside of that, I love going out and spending time with my wife. Read More »

Here’s a daily account of the author’s life. View »